Collecting and Circulating Photographs of Modern Housing in the 1930s 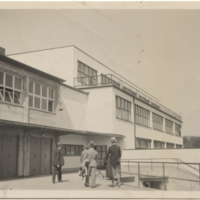 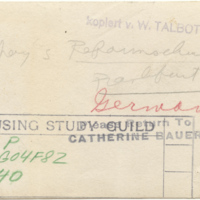 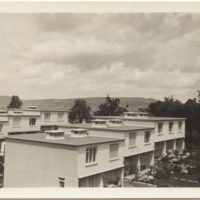 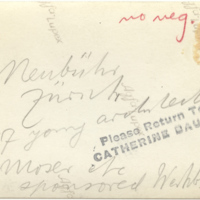 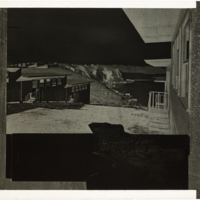 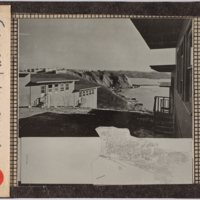 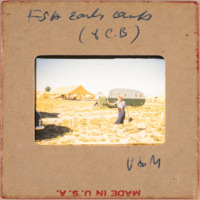 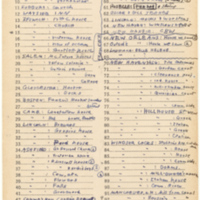 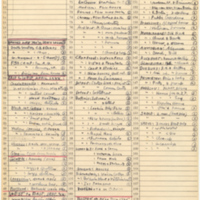 For many scholars of American housing history, the year 1930 marked the beginning of a new chapter. That summer, Catherine Bauer, a twenty-five-year-old Vassar College alumna recently out of a job due to the stock market crash, went to Germany and participated in the Frankfurter Kurse für Neues Bauen (Frankfurt’s Courses for New Construction) where she studied the work of the noted architect and urban planner Ernst May. It was the start of what would become Bauer’s lifelong career as an outspoken, internationally-networked expert on affordable public housing. That year also marked the beginning of another lifelong project: Bauer’s collection of photographs of modern housing from around the world.

Catherine Bauer’s collections of papers and photographs at the Environmental Design Archives and the Bancroft Library invite a reading of Bauer’s political, social, and creative work in housing as inseparable from her work with photography. In an oft-quoted excerpt from her papers now at the Bancroft Library, Bauer reported to her sponsors at the Federation of Women’s Clubs that she returned from her follow-up study trip to Europe in 1932 “with a trunkful of photographs, plans, publications, and notes.”[1] Early on, Catherine Bauer also circulated the photographs in her collection. Historian Daniel T. Rodgers notably credits Bauer’s photographs as having “formed the backbone of social modernism’s first American exhibits,” including the 1932 Modern Architecture: International Exhibition at the Museum of Modern Art in New York.[2] Bauer’s celebrated book, Modern Housing (1934), recently reprinted by the University of Minnesota Press, contained no fewer than forty-eight pages of illustrations. In 1934, she entrusted part of her collection to the Housing Study Guild for inclusion in their Library at 101 Park Avenue in New York.

Since returned to Bauer, these early photographs bear marks of their careful administration. Bauer rubber-stamped the backs of prints such as one likely taken by Bauer herself on a visit to the Neubühl development in Zurich, Switzerland, with the words “Please Return To Catherine Bauer.” The Housing Study Guild also assigned the prints file numbers. As a representative from the Guild wrote to Bauer in 1935, “They [the photographs] are now being classified and when cataloged will form an important link in our chain of photographs of housing throughout the world.”[3]

Bauer’s photographs also suggest the multiple functions they fulfilled for her in her housing work. A negative shows a site plan along with an image taken by Bauer’s friend Roger Sturtevant of her husband William Wurster’s housing project for war workers at Vallejo, both of which were published in the November 1941 issue of John Entenza’s California Arts and Architecture magazine.[4] The negative corresponds to a glass lantern slide labeled in Bauer’s hand and likely used in one of her numerous public lectures. Other photographs are more personal. A Kodachrome in the William and Catherine Bauer Wurster Papers shows Bauer herself in Kodachrome’s characteristic warm colors as she carries her camera through a golden field near a Farm Security Administration camp designed by the UC Berkeley graduate, Vernon DeMars. Bauer indexed photographs like these and others of friends and family along with slides showing housing and architecture. Together, these diverse objects at the Environmental Design Archives challenge clear-cut conceptions of architectural photography while at the same time offering a personal view of housing history.