Takanoshin Domoto landed in San Francisco in 1884. Three of his brothers (including Kan’s father, Kanetaro) soon followed. By 1885 the Domoto Family were growing chrysanthemums and carnations at their small nursery in Oakland called the Domoto Brothers. The Domoto Brothers are credited as the first nursery in Northern California to commercially produce camellias, wisterias, azaleas, and lilies imported from Japan. The Domotos not only ran a flower nursery, but their leadership was crucial in founding the first indoor wholesale flower market in San Francisco.

Growing up in Oakland, Kan and his brother Toichi worked in the family nursery. Kan was the resident propagator in charge of tending cuttings in the greenhouses, a demanding task from which he learned a great deal about plants. Kan went on to study physics and math at Stanford but dropped out to help his family with the nursery during the Great Depression. The family filed for bankruptcy around 1930 and the nursery was foreclosed upon and seized.

The Nursery during WWII

Shortly before losing the nursery in Oakland, Kan’s brother Toichi leased land in Hayward from a Danish immigrant named Sorensen. Land taxes were paid to Sorensen but the principal of the loan went into land improvements. When the United States entered World War II, the land was technically owned by Sorensen and thus not confiscated by the state, as other Japanese-American owned properties were. Toichi continued to pay Sorensen taxes while incarcerated, which enabled him to keep the nursery. After the war, Toichi was able to secure a loan and purchased the land from Sorensen’s son. 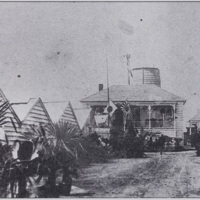 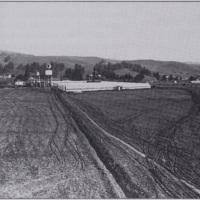 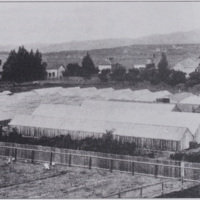 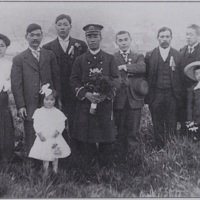 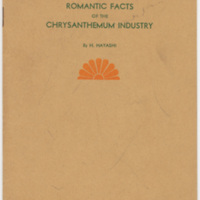 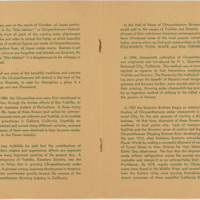 1889-1900
The first Domoto Nursery was started by brothers Kanetaro and Takanoshin Domoto in 1885 at a small plot at 3rd and Grove (Martin Luther King, Jr. Dr.) streets in Oakland. Two additional brothers, Motonoshin and Mitsunoshin came to the U.S. to join the nursery by 1890. They operated this nursery until 1892 when they moved and expanded to a nursery on E.14th St.
1901-1920
In 1892 the Domoto Bros. moved from their original nursery on 3rd St. to a larger plot of land on Central Ave. (55th Ave.) and E.14th St. in Oakland. The Domoto Nursery continued to grow throughout the 1890s, doubling in size in 1894 when the Domotos purchased the neighboring plot of land.  In 1902 the Domoto Nursery once again outgrew its location and the Domotos purchased a larger tract of land at the foot of the Oakland hills. The 55th Ave. nursery continued to operate during the transition until 1913.
1921-1990s
In 1927 Toichi Domoto, son of one of the original Domoto Nursery founders, began a nursery at 26521 Whitman St., in Hayward. Toichi grew camellias at his Hayward nursery into the 1980s and 90s.
Education and Early Work →
Roots: The Pioneering Domoto Family