William Cavalier Jr., the son of a former New York Stock Exchange President, and his wife, Cecilia, commissioned Donald Olsen to build them a luxurious home in Ross, CA. The Cavaliers were one of Olsen’s few wealthy clients which allowed him to design the home on a more luxurious scale. At their first meeting to discuss project requirements, Cecilia brought a sixty-five-page document of specifications which included: seven bathrooms, a swimming pool, the ability to host large parties around a central courtyard, and an intercom system throughout the home. The finished product was two buildings connected by narrow walkways with a central courtyard. One side was floor to ceiling glass with over ten-foot ceilings, while the second side was completely walled off to accommodate the bedrooms. The total square footage for the house, not including the patio, was 7,000 square feet. The landscape was designed by Peter Walker and Associates. In 1963, the Cavalier house was named one of the twenty best houses in the United States by Architectural Record. 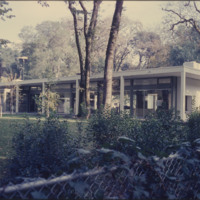 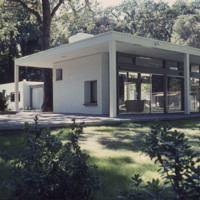 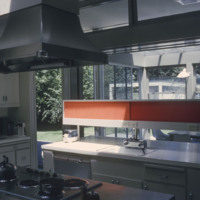 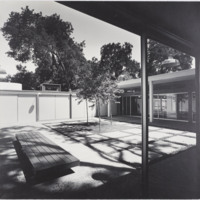