Donald (Don) Olsen was born on July 23, 1919, in Minneapolis, Minnesota. Having grown up during and following the Great Depression, finding a career path that would earn a decent living became a top priority. Donald Olsen Originally set to obtain a degree in Mechanical Engineering, Olsen went on to graduate with his BA in Architecture in 1942. During his final year at the University of Minnesota, Olsen entered a competition that would grant him a full-ride scholarship to a graduate school of his choice. Olsen won and chose to go to Harvard where he could study directly under Walter Gropius.

With the United States right in the middle of World War II, Olsen sought out employment and deferred his scholarship to Harvard. From 1941-1945 Olsen found steady employment at the Kaiser Ship Yards in Richmond, CA.

Utilizing what he learned at Harvard Olsen took a job with Eero Saarinen in Michigan in 1946. The project, with General Motors, fell through and Donald and Helen found themselves back in the Bay Area where Olsen would work in the offices of Ernest Kump, SOM, and Wurster, Bernardi, and Emmons. In 1951, Olsen won a prize for a National House Competition and took an extended six-month trip to Europe to view the works of modern masters.

Following his return to the Bay Area, he was awarded the A.W. Wheelwright Traveling Fellowship which would send him back to Europe a couple of years later in 1953. This time when he returned to California, he decided it was time to start his own practice. In 1954, Olsen not only began his own professional architecture practice but was also offered a teaching position at the University of California, Berkeley. Olsen would go on to teach at the University for thirty-five years until retirement in 1989. During this time, he also was a guest lecturer/visiting professor at the University of Minnesota, the Bartlett School of Architecture, Rice University, and Universitat Stuttgart. 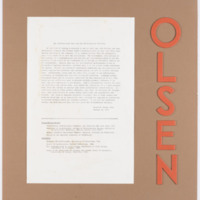 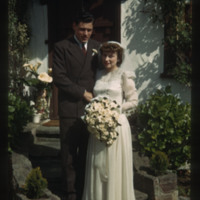 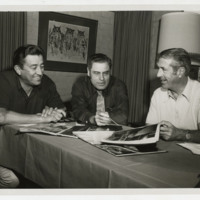 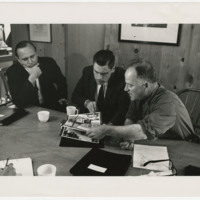 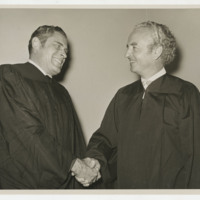