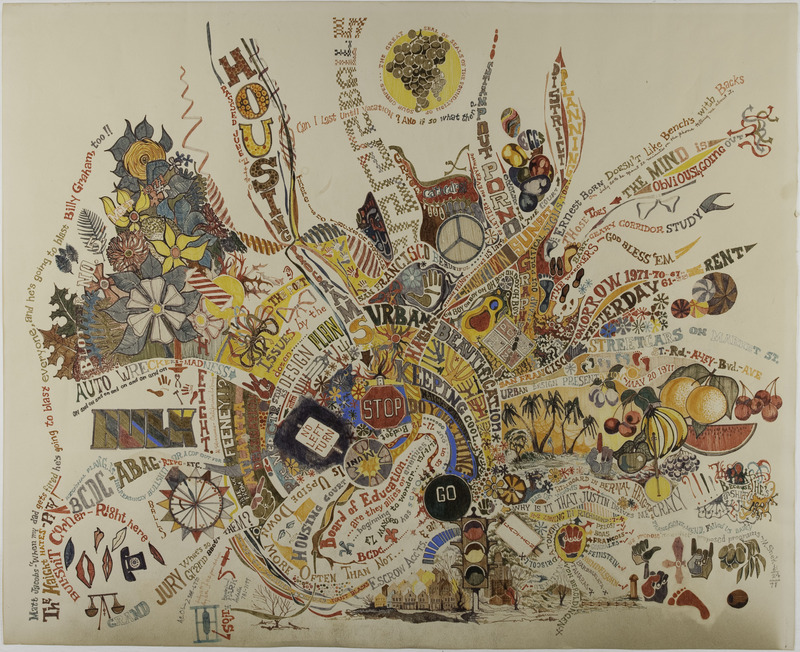 In addition to listing dozens of issues confronting his office such as “Street cars on Market St,” Jacobs notes that “Ernest Born doesn’t like benches with backs,” the “Haight hates Pity,”and “Board of Education are they allies or enemies; beginning to wonder.” 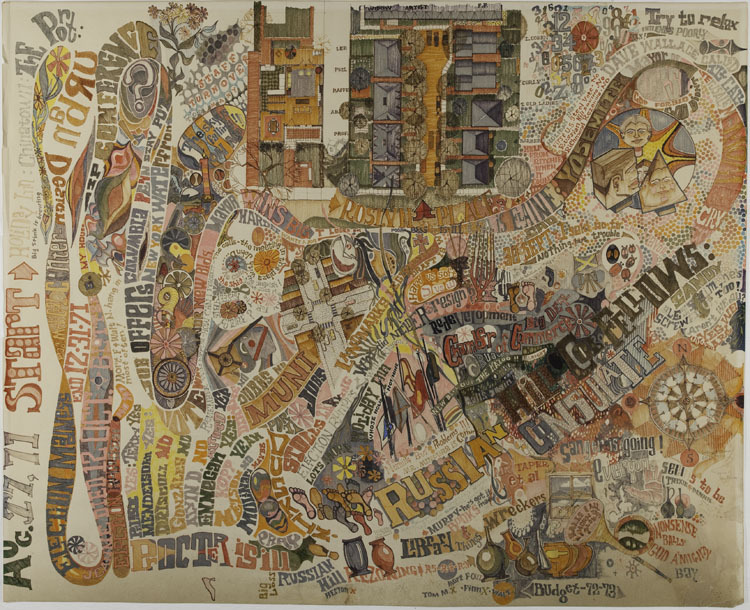 Much of this blotter focuses on the election with words like Prognosis Rumors and the names of candidates for the San Francisco Board of Supervisors.  The blotter includes musings such as “Why did Nelder Resign” as well as referring to other issues such as the Russian Consulate, MUNI, Jobs, Landmarks legislation, and Russian Hill zoning. At the top is a lovely drawing of a site plan for Roslyn Place. This reference is to Roslyn Place Pittsburgh which is featured in Jacob’s 1993 book Great Streets.