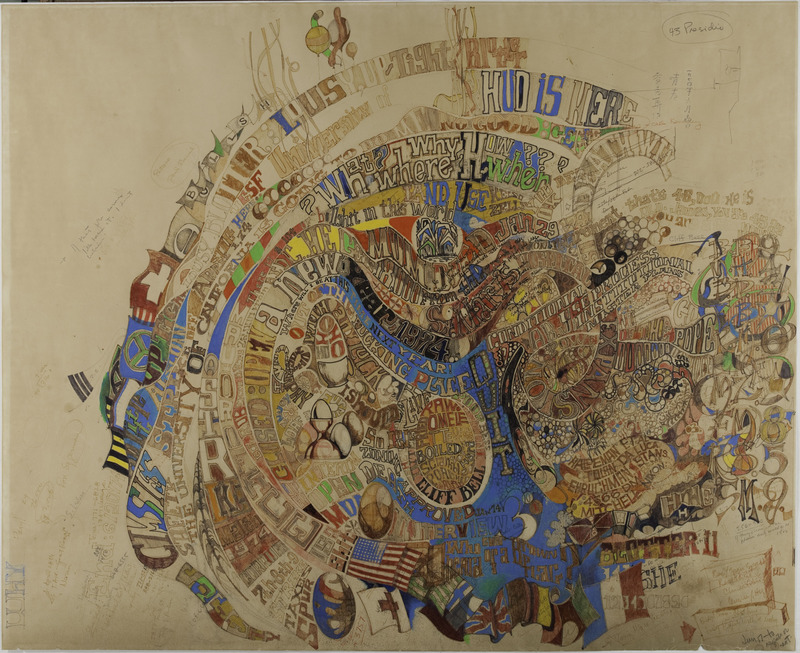 This blotter touches on a wide range of issues. In one corner are the names Haldeman, Erlichman, Mitchell, and Nixon referring to the Watergate scandal leading to Nixon’s resignation in 1974. In addition to the revealing list of topics on his plate such as taxes, SPUR, and “zoning death” this blotter indicates that Jacobs is on his way to a new position – he writes “So long” and “Quit” followed by the University of California. He also writes “There is a 10% of bullshit in this world.”

This is the final blotter.  It consists of dripping chains (implying they are soon to be broken) and words such as “Done,” “Leaving,” ”Quitting,” and “Out Free.”