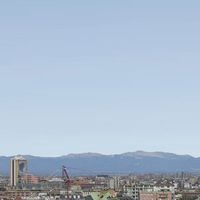 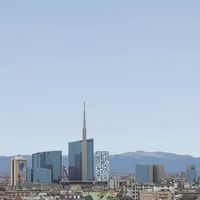 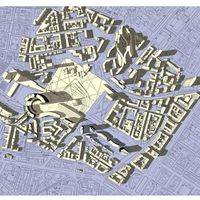 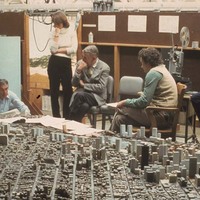 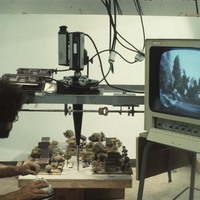 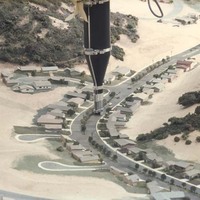 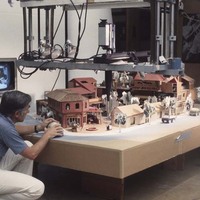 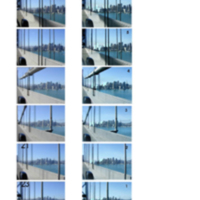 The Downtown San Francisco Model and the Berkeley Simulation Lab

During the late 1960s, the San Francisco City Planning Department became aware of the WPA model of downtown San Francisco, constructed in the 1930s as part of the Depression era federal works program. Stored in a warehouse in the Mission district, it was dusty and seemingly abandoned. Although it promised to be of value to the planning staff, there was no place to store or to use it to demonstrate what existed with what their designer-planners hoped would be the future. Donald Appleyard (1928-1982), Professor of Urban Design at the University of California, Berkeley, who was starting his simulation studies in collaboration with Kenneth Craik (Emeritus Professor of Psychology) acquired the model with the stipulation that it would be available to the San Francisco City Planning staff if and when needed. Later, Appleyard was hired as a consultant on the city’s urban design study and plan, working primarily on street livability from which came some of his seminal writing.

Professor Jacobs is also featured in the video display accompanying this exhibition.

The three photos here demonstrate the use of a GIS model of a proposed project in Milan, Italy. The left-most image depicts the existing skyline; the central image depicts the modeled development; the image on the right is a 3D model showing the placement of the project within the city.

Since the late 1960s the College of Environmental Design has operated an Environmental Simulation Laboratory.  The methods used to make simulations have evolved from a model stage with a computer guided camera to a 3D digital models that can be animated with fly-through and visualization applications.  The laboratory has become world famous with similar facilities established by Berkeley faculty in New York City, Tokyo, and Milan.

At Berkeley, the idea of simulation originated with Donald Appleyard, who worked with Kevin Lynch at MIT, where he experimented with graphic methods to record human experience of time and space.  The work was published by Appleyard, together with Kevin Lynch and John R. Myer in The View from the Road.  At Berkeley, Appleyard teamed up with the psychologist Kenneth Craik, a specialist in personality and assessment, who had transferred assessment techniques to the then new field of Environmental Psychology.  Aided by a large grant from the National Science Foundation, Appleyard and Craik established a laboratory to simulate large scale planning, design and engineering projects.

Establishing the laboratory responded to two important trends that emerged by the late 1960s: the growing strength of the citizen participation movement and an early wave of concern for the environment and ecological well-being.  Both trends resulted in a regulatory framework, the National Environmental Policy Act of 1969.  Thus the mandate for the new Environmental Simulation Laboratory was to develop methods for measuring and communicating the effects of urbanization on cities and landscapes.

The emphasis on improved public communication through simulation has remained the laboratory's central focus.  Under Peter Bosselmann, who came to Berkeley in 1976 and took over the direction of the Simulation Laboratory upon Appleyard's death in 1982, the lab was applied to the modeling and visualization of large scale urban planning projects, first in the San Francisco Bay Area, later in New York City and Toronto, and more recently in Tokyo and in Milan.  The views of downtown San Francisco shown here and the changes proposed to the skyline are useful in explaining proposals for the Transbay Terminal Area to those members of the public, who may not otherwise understnad the implications of decision making such as politicians, community representatives, and the news media, thus the public at large.

At the College of Environmental Design we continue to produce Simulations following the fundamental premise that it is possible to take parts of a city into a laboratory in order to experiment with city structures.  The resulting simulations make an important contribution to the political discourse about changes in cities.

A drive across the Oakland San Francisco Bay Bridge in 2005 (bottom row, middle)

1.)  The simulations illustrate the importance of the “Downtown Hill Policy.” The allowable building heights are set to create a constructed hill that is compatible with the hill of the natural topography


2.)  The Environmental Simulation Lab's digital GIS model is set up to show potential building volumes to test the cumulative effect of new construction on the “Downtown Hill Policy.” With each frame of the drive the model is rotated to correspond to the changing aspect angle as the camera progresses across the bridge.