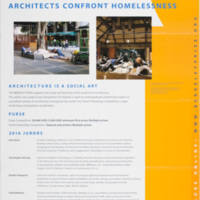 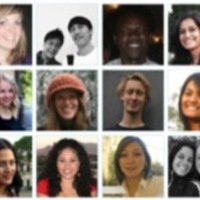 "The Berkeley Prize strives to show architects-in-training that the smallest act of building has global implications: that design can and does play a major role in the social, cultural, and psychological life of both the individual and society at large."
Excerpt from http://berkeleyprize.org/.

How it Works: "Each year, the Berkeley Prize Committee poses a question on its website, www.berkeleyprize.org.  Students enrolled in any undergraduate architecture program throughout the world are invited to submit a 500-word essay proposal responding to the question.  From this pool of essays, approximatley 25 are selected by the prize committee as particularly promising.  These semifinalists are then asked to submit a 2,500-word essay expanding on their proposals.  A group of readers, comprised of committee members and invited colleagues, selects five to eight of the best essays and sends these finalists on to a jury of international academics and architects to select the winners.  The prize is announced, the papers submitted, and reader and jury-reviewed all online...

During the past six years, hundreds of students have submitted proposals and essays, representing dozens of schools of architecture from nearly forty countries.  In recognition of these efforts, the prize was the recipient of the 2002 American Institute of Architects' Education Honor Award.  The Berkeley Prize has also garnered international acclaim, not the least reason for which is its complete embracing of digital technology. In partial recognition of this outreach, the 2003 Berkeley Prize competition was named a special event of 'World Heritage in the Digital Age,' a virtual congress helping to commemorate the thirtieth anniversary of the UNESCO World HEritage Convention."

Excerpts from "The Berkeley Prize: How it Works," by Raymond Lifchez and Benjamin Clavan, Places, 17(1), p. 71, Spring 2005. Images courtesy of Raymond Lifchez. 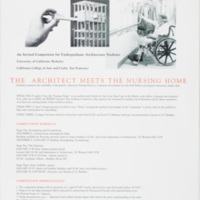 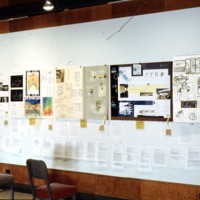 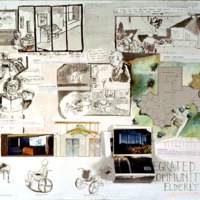 The Berkeley Prize: 1999
The Architect Meets the Nursing Home

"Architects question the suitability of the generic American Nursing Home as a humane environment for the Frail Elderly and propose innovative design ideas.  Does the 'Nursing Home,' as an architectural vehicle for the Long Term Care of the Elderly, work well as a humane environment?  If so, what are its best and worst features?  The architect's answers to this question are informed by reading critical literature and by direct experience of at least two nursing homes of the architect's choice."