Ethnography and Environment: A Sociological Perspective of Design 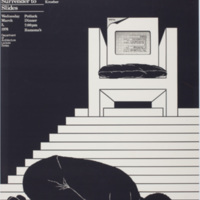 "Sociology and Design" by Galen Cranz

"Sociology studies the social significance of everything material and immaterial. As such, it spans much of the breadth of architecture itself, where the hard facts of structure meet the cultural aspirations of a people. Like architecture, sociology uses both quantitative and qualitative methods, sometimes statistical and sometimes one of the interpretive humanities. Sociologists in design have studied human behavior in buildings (Oscar Newman), changes in cultural meaning of buildings over time (Anthony King), the underlying power structure embedded in physical arrangements (Galen Cranz), and the architecture profession itself (Robert Gutman, Russ Ellis)—a topic architects particularly favor.

In the late 60s the architecture profession was embarrassed by the social failures of public housing, so architecture faculties at Harvard, Princeton, and elsewhere decided to bring sociologists into the curriculum.  Robert Gutman, sociology professor at Rutgers, was already teaching part time in architecture at Princeton, as was Professor Suzanne Keller from Princeton’s sociology department. They argued for a full time appointment, which I got in 1971. Meantime, Berkeley’s Architecture Department appointed a series of psychologists, sociologists, and social psychologists, including sociologist Don Foley in 1953.  The growth of Berkeley’s Social Factors program in Architecture was due in large part to Roz Lindheim who in 1970 secured a grant through the National Institute of Mental Health to train "architects to be sensitive to the social and behavioral implications of their designs; and…social and behavioral scientists in the methodology and requirements of architects." As part of this new emphasis, Berkeley made a tenured appointment for Russ Ellis in 1970. In 1975 the Department voted to hire a second sociologist to create a “critical mass.” That turned out to be me. Russ and I each taught the foundation course in Social Factors, Architecture 110, which I still teach to this day.

Halfway through my four years at Princeton I discovered semantic ethnography as described by James Spradley and David McCurdy in The Cultural Experience: Ethnography in Complex Societies. Here I felt that I had found a good compromise between an uninventive, literal response to the user, on the one hand, and a projection of one’s own ideals onto the user, on the other. Semantic ethnography teaches one how to listen actively to the knowledge people have about their own culture. By listening to the vocabulary terms and the underlying structure of thought that people use to describe aspects of their culture, the architect has access to something profound.  By responding to the underlying cognitive structure (or pattern), the architect can both respond to the user and interpret creatively. After teaching this approach at Berkeley for the last 41 years, Ethnography for Designers is coming out this March 2016 with Routledge." (Galen Cranz, 2016).  Image courtesy of Russ Ellis. 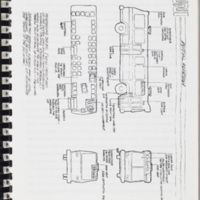 Research a site from your personal point of view and propose a redesign of the site based on your initial observations. Example: Muni Bus Redesign, 1983, courtesy of Galen Cranz. 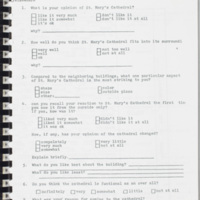 Step 2: Acquire and Interview an Informant 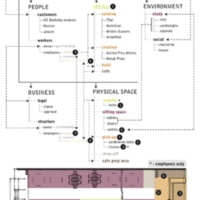 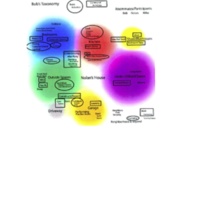 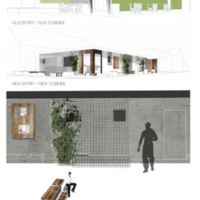 Investigate themes and topics relevant to the users and activities that comprise your site as well as similar design precedents.

Based on what you learned through your site observations, informant interviews, and literature review, propose a redesign for your site that celebrates and accommodates its users.  Example: Redesign of a Café, Malin Rönnerfalk, 2013, courtesy of Galen Cranz. 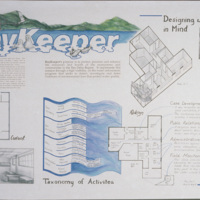 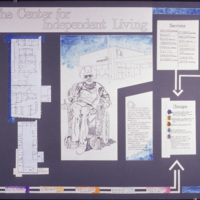 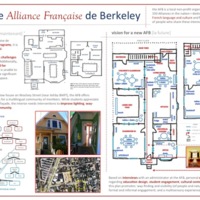 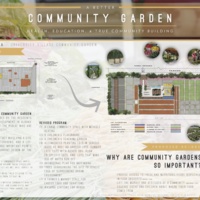 Imagine that you need to communicate to a community group how you have come up with this architectural program and design proposal.  Present your findings and proposal in a 24x36” poster.  Examples: four posters above, courtesy of the Visual Resources Center, UC Berkeley, Galen Cranz Architecture 110 slide collection.

← Rethinking Studios: Designing for People with Disabilities
Community Design: Engagement Beyond the Classroom →
Teaching Methods
Ethnography and Environment: A Sociological Perspective of Design