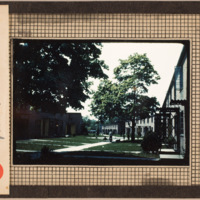 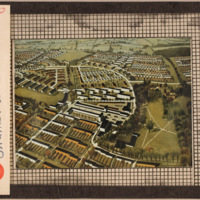 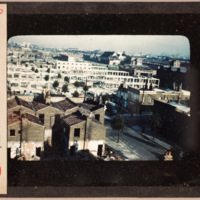 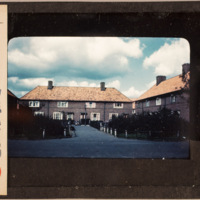 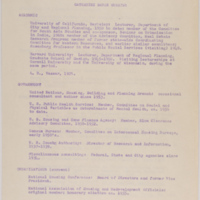 Catherine Bauer’s work with photography was pragmatically undoctrinaire. In 1946, she brought her camera and Kodachrome film with her on her first postwar visit to Europe. She photographed the reconstruction of London in color and set to work on an article for Survey Graphic, only to discover that the magazine required the accompanying photographs to be in black and white. Writing to the London County Council, Bauer offered to send her “excellent Kodachromes” of the Poplar area in exchange for “an overall view of an area under reconstruction [...].”[1] An exchange of photographs, for Bauer, was an exchange of knowledge needed to house a world in the aftermath of war.

No technology was too outmoded for Bauer in this endeavor. Despite her preference for taking photographs with Kodachrome film, she continued to accompany some of her lectures with glass lantern slides.[2] Many of these slides introduced students of housing in the United States to the newest construction abroad. In 1948, she showed a glass slide of British architect Peter Shepheard’s design for a Greater London Plan town as part of her guest lecture “Housing and Planning Abroad” delivered to Charles Abrams’s students at the New School in New York.[3] She also likely converted one Kodachrome showing the reconstruction of Poplar into a color glass slide and, according to her notes, showed a color glass slide of prewar English housing in one of her lectures at Cornell in 1948.[4]

In 1950, Catherine Bauer returned to Berkeley where she led courses on housing and urban planning until her sudden death in 1964 at the age of fifty-nine. Her photographs were important tools in not only her teaching and research during these years but also her tireless promotion of equitable housing policies and better design. The careful creation and circulation of photographs was an implied rather than an outright stated achievement in Bauer’s resume from 1960, but one that remains among her most enduring legacies.

The author thanks Jason Miller, Director of the Visual Resources Center at the College of Environmental Design, for advising on her hypothesis that this glass slide was created from a Kodachrome.