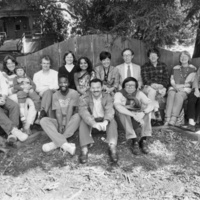 “Graduates from the master’s and PhD programs in Area E comprised an extraordinarily talented and creative group and many of them are now faculty members at other institutions where they teach and publish in the social aspects of design, policy, history, sustainability, and community design. Area E in the Department of Architecture has much to be proud of.” 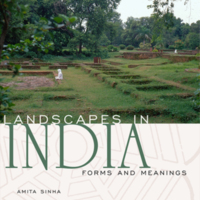 Amita Sinha: “My teaching and research have been informed tremendously by my experience in the Social Factors program at UC Berkeley where I was a Ph.D. student between 1984-89. At University of Illinois at Urbana Champaign I teach […] a graduate level course on Social and Cultural Issues in the Built Environment. The students are introduced to the qualitative research method--semantic ethnography--in researching public places. I integrate rapid ethnographic assessment procedure (REAP) in design studios in which students engage in site readings and mappings in the course of their site visits and fieldwork. This forms the basis for their grounded design speculations. My research on cultural landscapes of India is informed by my studies on cultural modes of visuality and spatial practices.” (Questionnaire, Feb. 2016) 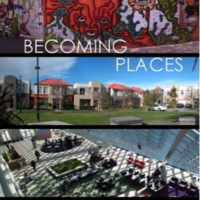 Kim Dovey: “I was at Berkeley from 1980 to 83 where I was supervised by Clare Cooper Marcus, Russell Ellis and Randy Hester. I also benefitted great deal from collegial interactions from many other Faculty including Donald Appleyard, Lars Lerup, Jean-Paul Bourdier, Galen Cranz, Chris Alexander, Peter Bosselmann, Sandy Hirshen and Roz Lindheim. […] The influence on my later work is hard to fathom but much more a sense of research curiosity, confidence and interdisciplinarity than any methodology or ideology. There was also the sense that the social is not separate from formal, aesthetic and environmental considerations in design. This inclusion of the social into the larger debates made Berkeley very different at that time.” (Questionnaire, January 2016) 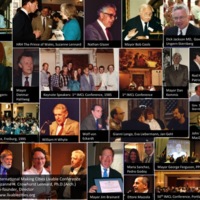 Suzanne Crowhurst Lennard: “The Social Factors in Architecture program was immensely important for me, and for my work. After a few years of teaching and research into healing effects of architecture in mental health and addiction rehabilitation centers, I co-founded (with my husband Henry L. Lennard), the International Making Cities Livable Conference in 1985, for which I am still the Director. The purpose of the Making Cities Livable movement is to enhance the well-being of all inhabitants, strengthen community, improve social and physical health, and increase civic engagement by sustainably reshaping the built environment of our cities, suburbs, towns and villages.” (Questionnaire, Jan. 2016).

Gunawan Tjahjono: “After I graduated from Berkeley, I was invited to conduct interdisciplinary research […] by the Indonesian Institute of Sciences, and had also been awarded such prestigious research projects as the Excellence Integrated Research.  By ‘integrated’ it meant either [integrating] different disciplines or different institutions. I applied an emic approach, which I had learned from Berkeley's Social and Cultural Factors in Architecture and Urban Design course, in this project. This approach has now become very popular among architectural school in Indonesia. One area of influence which I feel Berkeley's experience […] contributed is phenomenology, which at the time I had returned almost no architectural school in Indonesia had ever heard about.” (Questionnaire, February 2016). 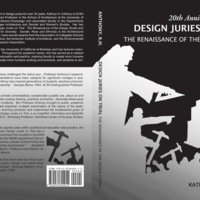 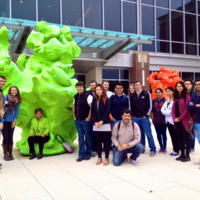 Kathryn Anthony: “My experience as a doctoral student at Berkeley's Social Factors program has had a profound influence on my career as an architectural educator, author, and design critic. It has shaped my career from the very start to the present day. I was most fortunate to study with some of the leading lights in the field at the time, including Professors Donald Appleyard, Kenneth Craik, Galen Cranz, Clare Cooper Marcus, Richard Meier, and Robert Sommer (UC Davis) and I remain eternally grateful to all of them for their expertise, mentorship and friendship!  My teaching includes a graduate seminar course, Architecture 423, Social and Behavioral Factors in Design that I have taught to approximately 600 students over the past three decades. It examines social and psychological issues in interior design and furniture arrangement, the design of residential environments, environments for youth, persons with disabilities and elderly, educational environments, workplace environments and offices, hospitals, health care, and mental health care environments, prisons, hospitality, retail and service environments, and high-rise buildings and urban design. As part of the course, students review the literature to understand social and psychological criteria for success in the design of each of these building types and then, bearing these criteria in mind, they visit, tour, analyze and evaluate two case studies with contrasting designs. It is a pedagogical model that can easily be adapted to architectural practice.” (Questionnaire, January 2016) 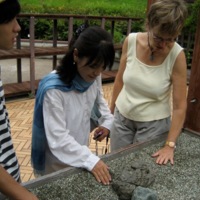 Marni Barnes: “When I entered CED I was a social worker and a horticultural designer. The teachings of Randy Hester and Clare Cooper Marcus enabled me to blend these seemingly divergent halves of myself together. Randy's participatory practices and Clare's interest in social factors both contributed to my embarking on empirical research, which has become my life's work. I was equally shaped by Chip Sullivan, who pushed the boundaries of my creativity and truly changed the way I see the landscape.“ (Marni Barnes, questionnaire, February 2016) 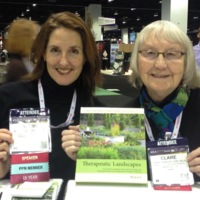 Naomi Sachs: “I can’t think of much in my life that hasn’t been influenced by my experience with Social Factors at Berkeley. The CED was my first choice because of its strong Social Factors history, ethos, and faculty.  Though I went through the program at a time when interest in Social Factors had waned I explored it anyway, in studios and classes with Paul Groth, Randy Hester, Walter Hood, Louise Mozingo, Chip Sullivan, and others. My founding of the Therapeutic Landscapes Network; my own design work; my writing; my current pursuit of a PhD; and my future plans for teaching and research in academia all stem from the same desire to use design as a means for positive social and environmental change." (Naomi Sachs, questionnaire, February 2016) 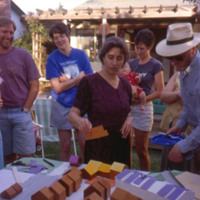 Katie McCamant: “At UC Berkeley, I took Social Factors with Russ Ellis and Galen Cranz and the Community Design Seminar with Mary Comerio, followed by an internship with the affordable housing developer, Mission Housing. Those courses gave me a foundation to organize my thinking around using participatory design as a community organizing tool, which has been the basis of my work ever since.  Whether I am designing a common house for a community or helping a group find a $7M construction loan, I see my job as helping communities understand their options, the implications of different decisions, and then to make the best decision for their community.” (Questionnaire, February 2016)

Katie McCamant is the owner of CoHousing Solutions, a development consulting firm that consults to cohousing groups on how to create collaborative neighborhoods.  For three decades she has designed and developed dozens of socially and environmentally sustainable cohousing communities. Image courtesy of Katie McCamant.

Faranak Miraftab: “My interdisciplinary training at Berkeley, crossing sociology, geography, architecture and planning, has helped me examine social and cultural dimensions of the built environment and shift analytic scale in my investigative lens to study social dimensions of development processes at community, urban and regional levels.” (Questionnaire, February 2016)