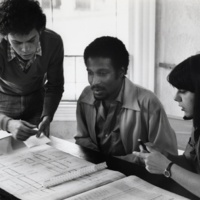 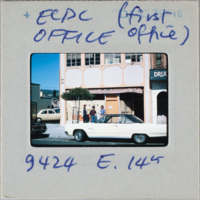 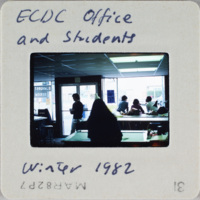 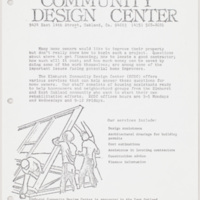 "It seems like I arrived [to Berkeley] only yesterday, but it was 1978--25 years ago.  I graduated from Washington University in the joint Architecture-Social Work program, a federally funded program designed to 'humanize the technical professions,' and focus interest on community development and design.  Before, during, and after graduate school, I had worked as an architect, but the joing program pushed me toward academia.

UC Berkeley had advertised for a junior faculty position in community design, interviewed me, and hired me.  I came to Berkeley because of its reputation in the area of design methods, and because it was the only school of architecture that had women on the faculty.  In the late 1970s this was important.  Everywhere else that I interviewed, I would have been the first and only female faculty member.  It seemed like a tough role.  Here, there were senior women, Roz Lindheim, Norma Evenson, and others who did their own teaching and research withouth carrying the mantle of a 'female crusader.'

Joe Esherick was chair at the time I was hired.  Community design and building science were things Joe cared about, and he worked hard to make sure these areas became part of departmental life.  When I received a three-year federal grant to established a communtiy design center, Joe took me to a meeting with Chancellor Ira 'Mike' Heyman.  At that meeting Joe told Mike Heyman about my project, and said, 'I am going to support this effort and you should too.' The chancellor responded, 'Let's get the Mayor of Berkeley in on this.' Within a month I had three years of matching funding from the chancellor's office and the Cities of Berkeley and Oakland, so we established the Communtiy Design Center Program, housed in the Elmhurst neighborhood of Oakland and serving the East Bay."

Excerpt from "Twenty-Five Years and UC Berkeley," by Mary Comerio, in Design on the Edge: A Century of Teaching Archtiecture at the University of California, Berkeley, 1903-2005, p. 290-291, 2009. Images courtesy of the Visual Resources Center, UC Berkeley, Mary Comerio slide collection.