While working for Skidmore, Owings, and Merrill in the early 1940s, Olsen met Archibald (Archie) McLelland during his many trips to the printing store that McLelland owned. The two became friends and soon after McLelland asked Olsen to design a weekend home for him and his wife in Sausalito. The result encompassed what would later become Olsen’s signature style – an architectural box on stilts. The final product was a one-story home above a carport that rested on a stone wall. 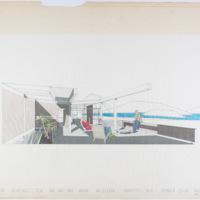 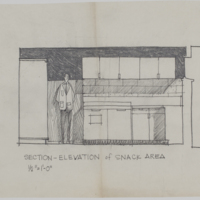 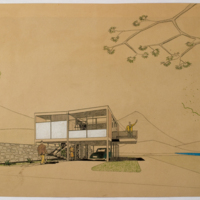 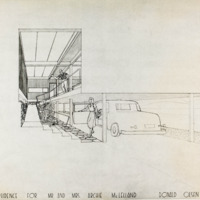