Set in the Oakland hills, the site for the Dove residence has arresting views of the San Francisco Bay. Olsen originally designed a home that would have decks all the way around the home to provide a view of the bay no matter where in the home you were. Ultimately, due to cost, this was never realized and a simpler version of the design was used. The final design situates the living areas on the upper level where the entrance is and the bedrooms all on the lower level around a central, circular staircase. This home was destroyed in the 1991 Oakland/Berkeley fire. Olsen built a second home for the Dove family in 1992 also in Oakland. 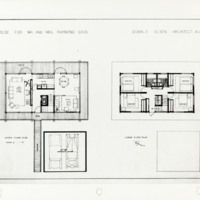 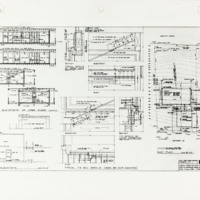 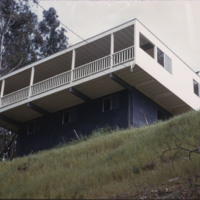 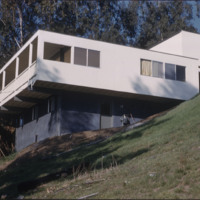 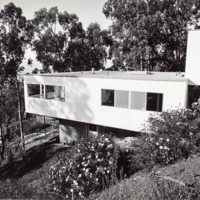 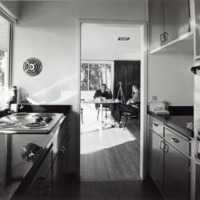