William Wurster described his goal for the new building:

“I wanted it to look like a ruin that no regent would like…It is absolutely unfinished, uncouth, and brilliantly strong…This is the way architecture is best done. What I wanted was a rough building, not a sweet building…The Ark, the old architecture building, for instance, is a ripe building; it has been lived in; it’s been beaten up and everything else.”

Planning for the new building that would house the College of Environmental Design began in the late 1950s and was added to the campus long-range plan in 1956, although the building was not completed until 1964. William Wurster, then Dean, appointed four architects to collaborate and design the new building; those architects were Donald Olsen, Vernon DeMars, Joseph Esherick, and Donald Hardison.* Between the years 1958-1960, the architects met with a faculty building committee and Louis DeMonte, the campus architect to discuss each of the department's requirements and try to come up with working schemes. Some of the early requirements were a tower and a courtyard, you can see some of Olsen’s early versions below.

By 1960 the architects were developing schemes separately and then would come together to criticize each other's schemes and bring them together. According to Olsen “Wurster acted like a guide behind the scene, he was sort of the "godfather" but let the architects drive the process, letting them treat it like their baby. When he did not like things or approve, he let them know, but did not provide specific suggestions for the most part."1

The location of the department offices was a critical issue. Lengthy committee meetings gradually produced a workable plan. On the panel above are some proposed floor plan layouts and suggested locations for classrooms and department offices. The final plan was approved in 1960 and design development would begin shortly after.

The CED currently houses architecture, landscape architecture, environmental design, and city and regional planning program departments. The building was extensively renovated with architectural and seismic improvements that took place in 2000.

*Hardison would later exit the project due to conflicting ideas with the other architects. 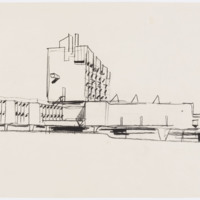 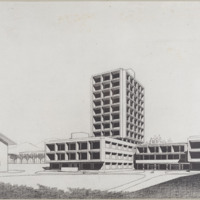 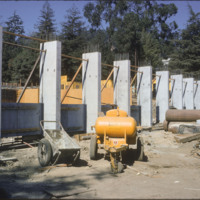 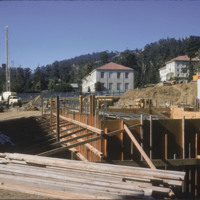 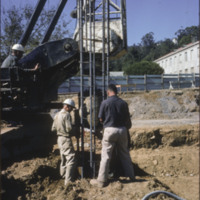 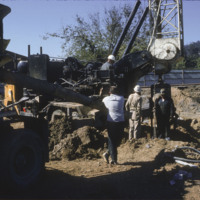 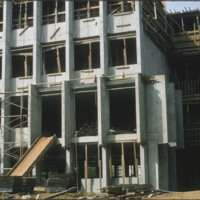 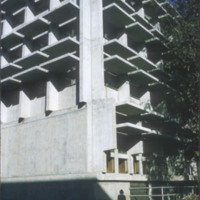 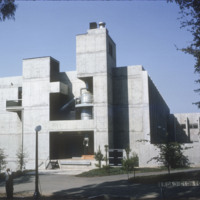 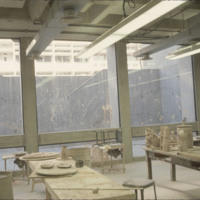 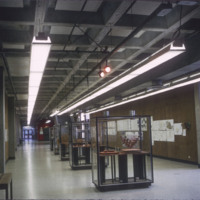 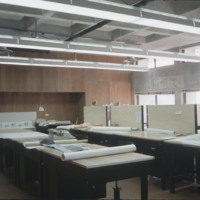 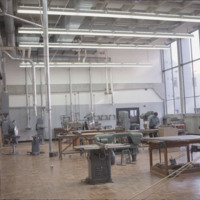 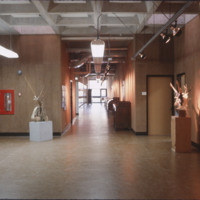 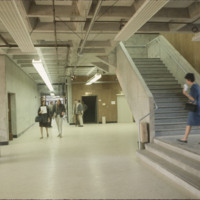 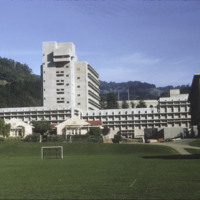 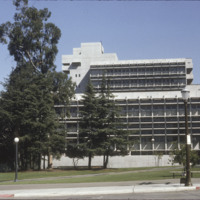 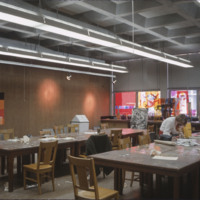 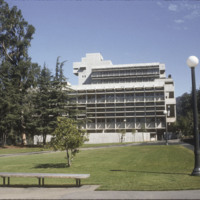 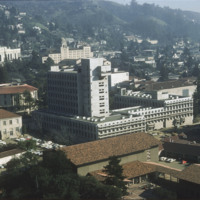 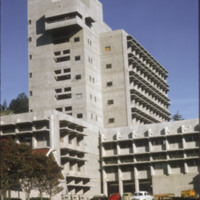 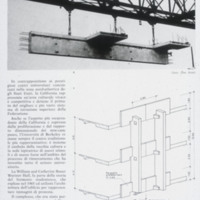 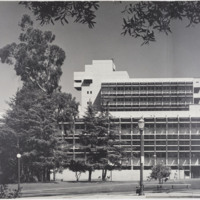 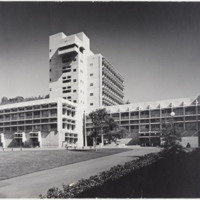 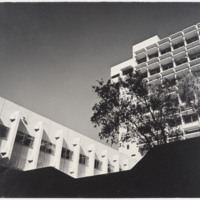 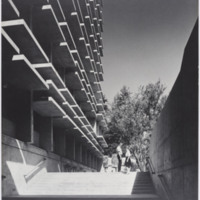 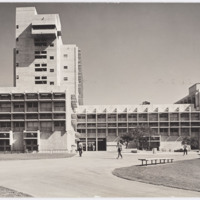